Here are a few selections from Hollywood or Bust of the best and brightest talking about life as they know it in Hollywood. 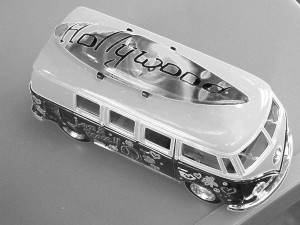 on dreaming from part 1 Hollywood or Bust  /  Field of Dreams:

I’m just a girl from a trailer park who had a dream. – Hilary Swank

on becoming famous from part 1 Hollywood or Bust  /  Dazed and Confused:

It’s like waking up with a hooker.  How did I get here? – Clint Eastwood

on loss of privacy from part 2 It’s a Wonderful Life  /  In a Lonely Place:

When someone follows you all the way to the shop and watches you buy a roll of toilet paper, you know your life has changed. – Jennifer Aniston

on acting from part 3 That’s Entertainment  /  Stand and Deliver:

Acting is the most minor of gifts and not a very high-class way to earn a living.  After all, Shirley Temple could do it at the age of four.  – Katherine Hepburn

on the future from part 4 Any Which Way You Can  /  Sweet Smell of Success:

I am hoping that I can be known as a great writer and actor some day, rather than a sex symbol.  – Steven Seagal

more on the future from part 4 Any Which Way You Can  /  Living in Oblivion:

There are three stages of an actor’s career.  Young, old, and “You look good.” – Burt Reynolds

on their fellow actors from part 5 Come Blow Your Horn  /  Terms of Endearment:

Directing a film was a good education. I learned how disgusting actors are. – Sandra Bullock

actors on directors from part 6 The Incredibles  /  Look Who’s Talking:

When a director says ‘this is going to be a journey of discovery,’ I want to pack my bags and get in the car. – Anthony Hopkins

directors on directing from part 6 The Incredibles  /  Once is Not Enough:

The way to make a film is to begin with an earthquake and work up to a climax. – Cecil B. De Mille

In this industry, there are only two ways up the ladder.  Rung by rung or claw your way to the top.  It’s sure been tough on my nails. – Jack Nicholson

You know how Hollywood is.  They love to build you up and tear you down. – Nicollette Sheridan

And there are many more insightful observations, words of wisdom, cutting comments, and sweet nothings from your favorite stars.