60 Years Ago: Down by the Docks 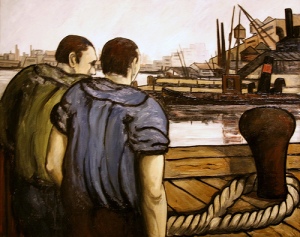 My husband and I watched On the Waterfront from 1954 the other night.  What a movie! Based on a series of articles, it’s about corruption in the longshoremen’s union in New York, although it was shot in Hoboken, Frank Sinatra’s hometown.

Everyone knows that its star Marlon Brando won his first Best Actor Oscar for his role as Terry Molloy.  When he told his brother, “I coulda been a contender,” it was heartbreaking. He had been nominated three times before: in 1951 for his performance as Stanley Kowalski in Streetcar Named Desire; in 1952 for Emiliano Zapata in Viva Zapata; and in 1953 for Mark Antony in Julius Caesar.  The later was in the same year that Brando played the iconic rebel biker Johnny Strabler in The Wild One.

Behind the scenes, Elia Kazan directed and Budd Schulberg wrote the screenplay.  They earned Oscars, too.  All told, On the Waterfront had twelve Oscar nominations, including one for Leonard Bernstein for Best Score.

Yep, twelve, and On the Waterfront won in eight categories.

In 1981 Reds, which, coincidentally, was also about unions, albeit it in the 1910s leading up to the Russian revolution, repeated the feat, earning twelve nominations which included recognition for its star, director, and screenwriter, Warren Beatty, as well as Diane Keaton, Jack Nicholson, and Maureen Stapleton, other members of the cast.  It won in three categories, losing to Chariots of Fire for Best Picture.

All of this brings us to the current Oscar season.  Gravity and American Hustle, both of which I saw and thought were terrific, each received ten nominations, and Twelve Years a Slave received nine.  Impressive numbers to be sure, but not record-breaking.

Is it too early to say that they don’t make movies like they used to? Or, were there so many good movies this year that will all be around for a long time to come?

Before you answer those questions, On the Waterfront was shot for just under a million dollars and grossed ten times its production costs in its initial release. 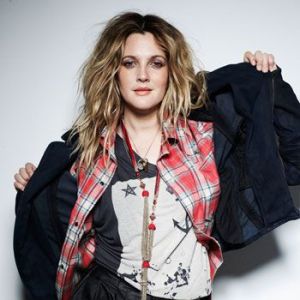 Drew Barrymore: . She has the look. She’s the one.

Not everyone wants to make it in Hollywood.

With the publication of “W is for Wasted,” the 23rd in a series of detective novels named for the alphabet, it’s obvious that author Sue Grafton wants nothing to do with the movie industry, even though fans would love to see her rebellious private investigator Kinsey Millhone on the big screen.

Grafton has been there; done that.

Although publishers had picked up some of Grafton’s early novels, she began writing screenplays for television movies.  Spending fifteen years at her craft, she learned the basics well: structuring a story, writing dialogue, and creating action sequences.

“After my years in Hollywood, I got tired of apologizing for work that really wasn’t mine to begin with.” she explains.

Still, it’s fun to contemplate which actress would best epitomize Grafton’s popular character.  Angelina Jolie is out of the picture, as it’s long been rumored that she will play Kay Scarpetta when a movie based on Patricia Cornwell’s novels finally becomes a reality. I nominate Drew Barrymore.  She has the right amount of spunk and vulnerability.

Better yet, Barrymore has her own production company Flower Films. Applying her abundant charm and perseverance, she might be able to change Grafton’s mind. It’s the movies. Anything’s possible.

“From the moment I picked your book up until I laid it down,

I was convulsed with laughter.

Someday I intend reading it.” 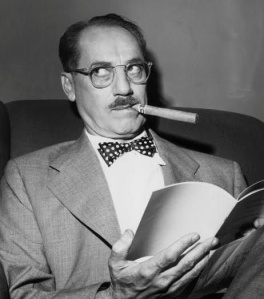 In honor of Elvis’ birthday,

Double Trouble begins at 6 AM.

For a complete listing, check your TV Guide. 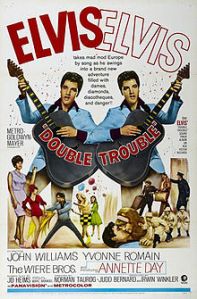