When you sit down to Thanksgiving dinner, stand up for Mickey Mouse’s “House of Mouse Rules”:

No smoking. No villainous schemes. And no guests eating other guests.

HarperCollins published my first book, Las Vegas Weddings: A Brief History, Celebrity Gossip, Everything Elvis, and the Complete Chapel Guide, several years ago.  But this book review by Betty Jo Tucker from Author’s Den and Movie Addict Headquarters on blogtalkradio is new!

Author Susan Marg deserves kudos for her impressive research in connection with “Las Vegas Weddings: A Brief History, Celebrity Gossip, Everything Elvis, and the Complete Chapel Guide.” It’s an entertaining read packed with fascinating information about how Vegas weddings intertwine with the history of the town itself.

And speaking of Elvis, Marg includes an entire chapter titled “What’s a Wedding without Elvis”? She writes, “While there is an impersonator for any celebrity…it is the King that couples clamor for.” There are hundreds of Elvis impersonators in Vegas, of course, and it’s no problem to hire a fake Elvis to escort the bride down the aisle and to serenade the newlyweds after the ceremony. The book also features a chapel guide that helps prospective brides and grooms plan their own wedding festivities in Vegas.

It’s no wonder Vegas and Hollywood seem like a perfect match, so I’m pleased that Marg mentions various films about Las Vegas — including Honeymoon in Vegas, Vegas Vacation, Viva Las Vegas, Fools Rush In, and Ocean’s Eleven. She points out that movies like these have played an important role in making Vegas weddings so popular.

Despite the massive amount of information in Las Vegas Weddings, it flows seamlessly. Marg has a breezy, appealing style that draws us in and keeps us interested. Her book also presents some rare photographs of celebrities. I especially love the one of Michael Caine and his beautiful bride as well as the photo of Elvis and Ann-Margret dancing together while filming Viva Las Vegas!

I think this book would make a wonderful holiday gift for movie fans.

From the Small Screen to the Silver Screen 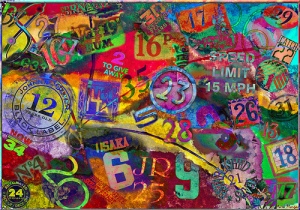 What’s in a number? Photo by: Mark Morgan

In its November 4, 2013 issue, New York magazine released its second annual assessment of “Hollywood’s 100 Most Valuable Stars”.  Their ranking took into account such variables as box office, likability, and Oscar wins and nominations.  Mentions on Twitter counted, too.

Surprise!  Robert Downey Jr. was number one, again, as Iron Man 3 smashed records at the 2013 box office.  Ok, if we’re going by the numbers determined by a formula.

Leonardo DiCaprio, Jennifer Lawrence, Sandra Bullock, and Brad Pitt follow on the list. No surprise there, considering such movies as Django, Silver Linings Playbook, The Heat and Gravity, and World War Z, respectively.

However, it was Will Smith at number 6 who caught my eye.  His stated goal was to become “the biggest movie star in the world,” and that he probably was – at some point in time. Smith began making movies while his sitcom The Fresh Prince of Bel-Air (1990-1996) was still on the air.  Blockbusters came next.

That got me thinking. What other actors have made the transition from television to the big screen and are considered “valuable” in 2013? There are many of them still going strong, per New York.

If we consider SNL cast members, there’s Adam Sandler and Will Ferrell, both of whom have had quite fruitful movie careers, as well as Tina Fey and Kristen Wiig, who write as well as perform.

Freaks and Greeks was a jumping off point for James Franco, Seth Rogen, and Jason Segel, although the series was cancelled after twelve episodes.  We loved Mila Kunis in That ’70s Show, Jennifer Garner in Alias, Steve Carrell in The Office, and Joseph Gordon-Levitt in Third Rock from the Sun, and we love them today.

Justin Timberlake appeared on The New Mickey Mouse Club.  Does that count?

Do you remember Rawhide? That goes back a while. It was a Western in black and white, no less.  Well, Clint Eastwood is still around, still valuable. So, too, is Bruce Willis, having a huge career playing the fast-talking wiseguy from Moonlighting.

I’m sure I missed some.  I’m not as up on television, as I used to be. But ask me about Mad Men or The Good Wife.  Go ahead, ask me.  As for Jon Hamm and Julianne Margulies, I think their stars are golden in any medium. And that’s worth something.

Seen and Heard on Hollywood Boulevard: 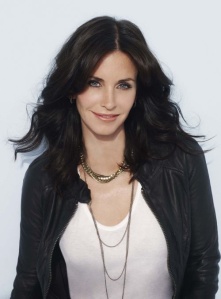 “I only have to do three things to look halfway decent—curl my eyelashes, fill in my eyebrows, and put some lipstick on.” – Courtney Cox

“I like to drive with my knees. Otherwise, how can I put on my lipstick and talk on the phone?” – Sharon Stone

“You can’t keep changing men, so you settle for changing your lipstick.” – Heather Locklear

“If I walk outside without lipstick, I feel naked.” – Sofia Vergara 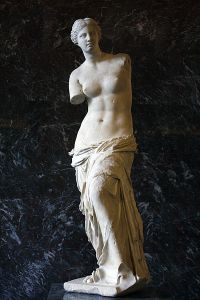 “Adding sound to movies would be like putting lipstick on the Venus de Milo.” – Mary Pickford (photo by: Mattgirling/Gallery)